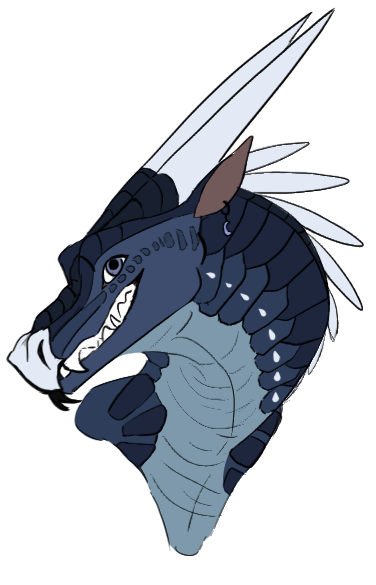 Rivulet is shy and awkward, often stuttering and struggling to interact with others. She's scared of other tribes except for RainWings, but if you can gain her trust, she's a loyal friend who will do her best to stand up for you (even if confrontation might make her cry). She is self conscious of her wings, because they completely defeat the purpose of being a NightWing and also they make her look somewhat IceWing-ish (which, as a NightWing, is not a compliment).

• She has a good relationship with her mother, Lovetoken, who lives in the rain forest NightWing village.

• In her current primary universe, she's with an older SandWing named Phantasm, owned by Blaze. They later have three dragonets: Twilight, Obsidian, and Stardust.

• Oncilla and Rivulet lived in the NightWing village together, but didn't start interacting much until a field trip to the Sand Kingdom. 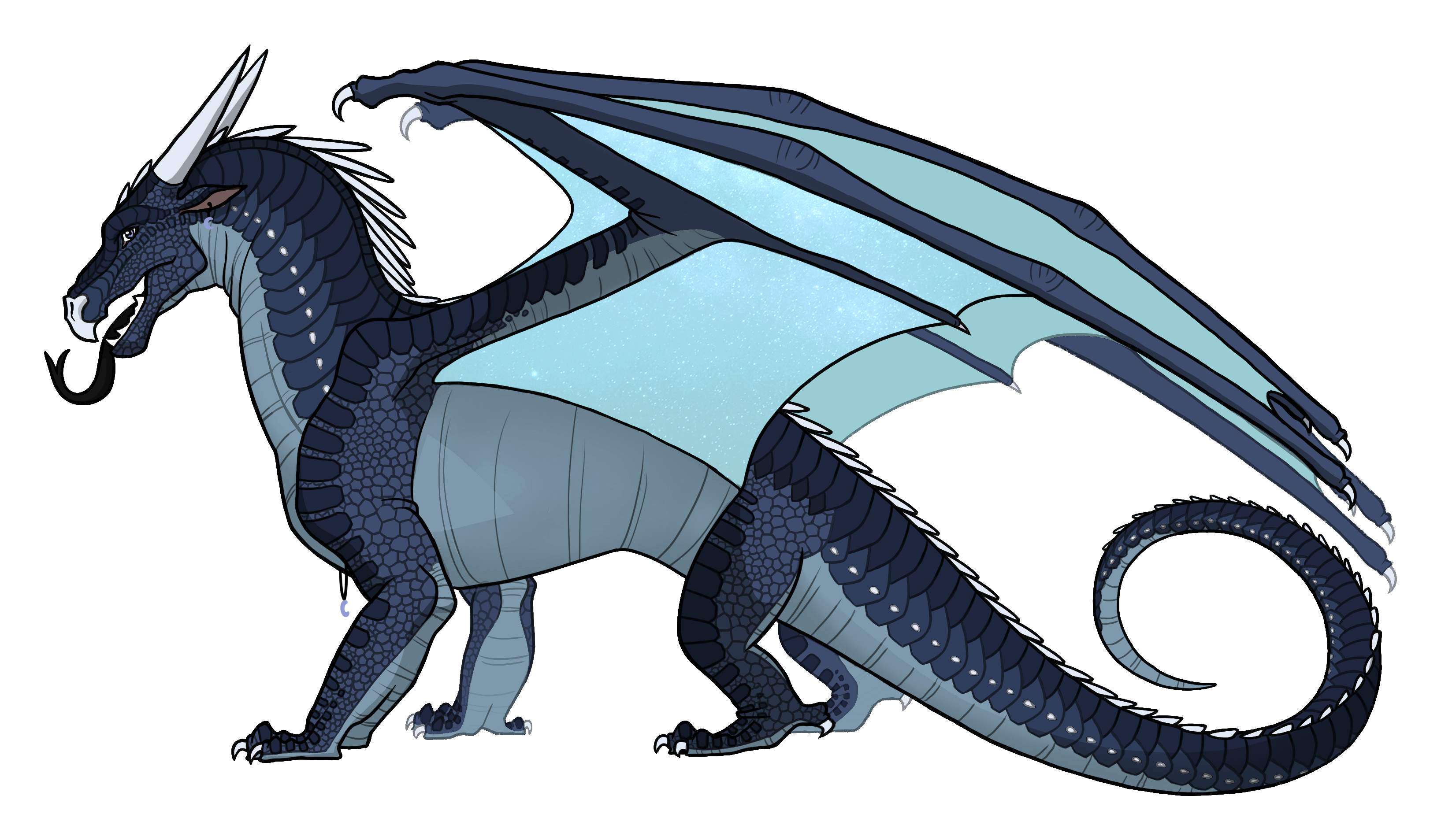 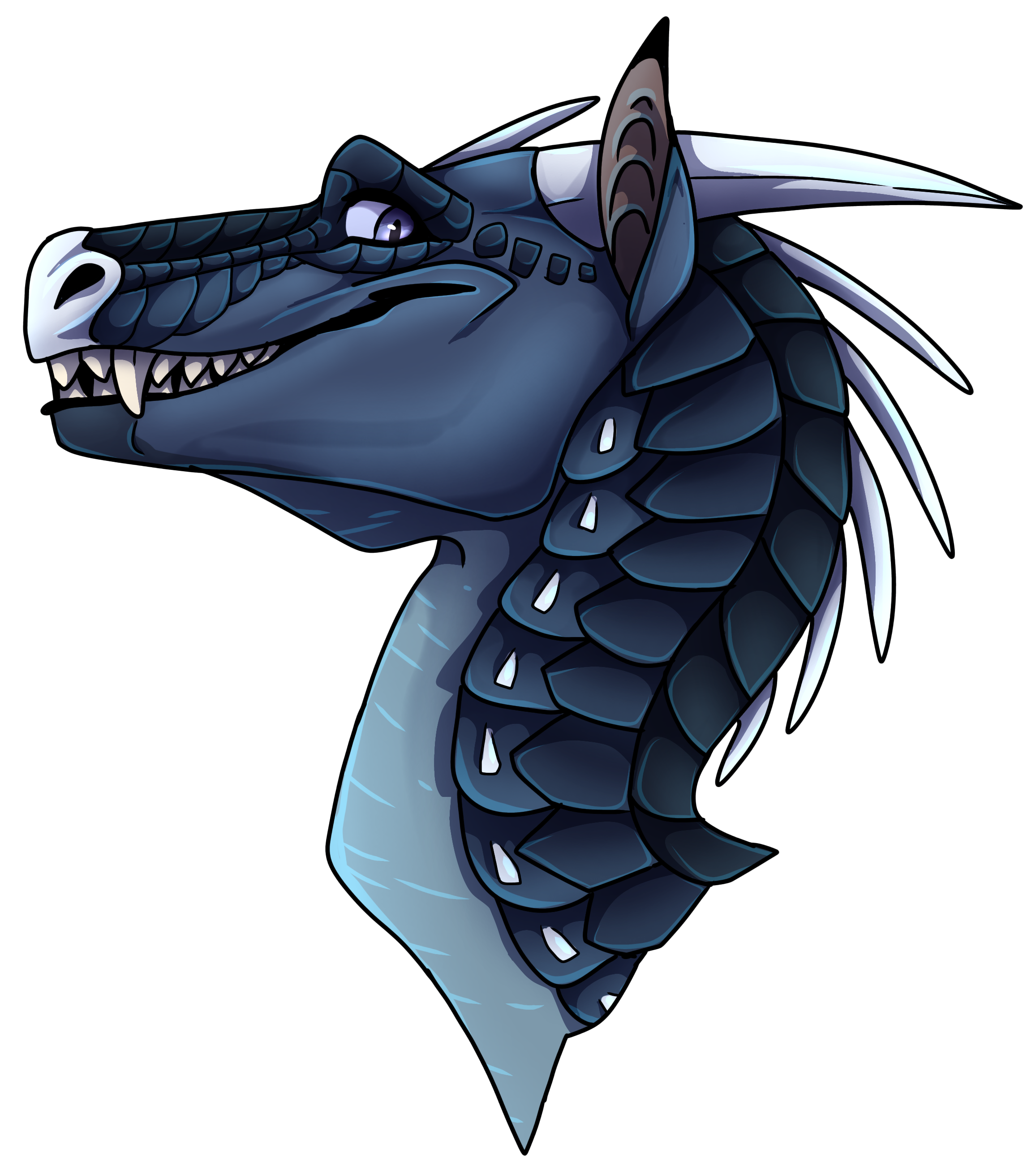 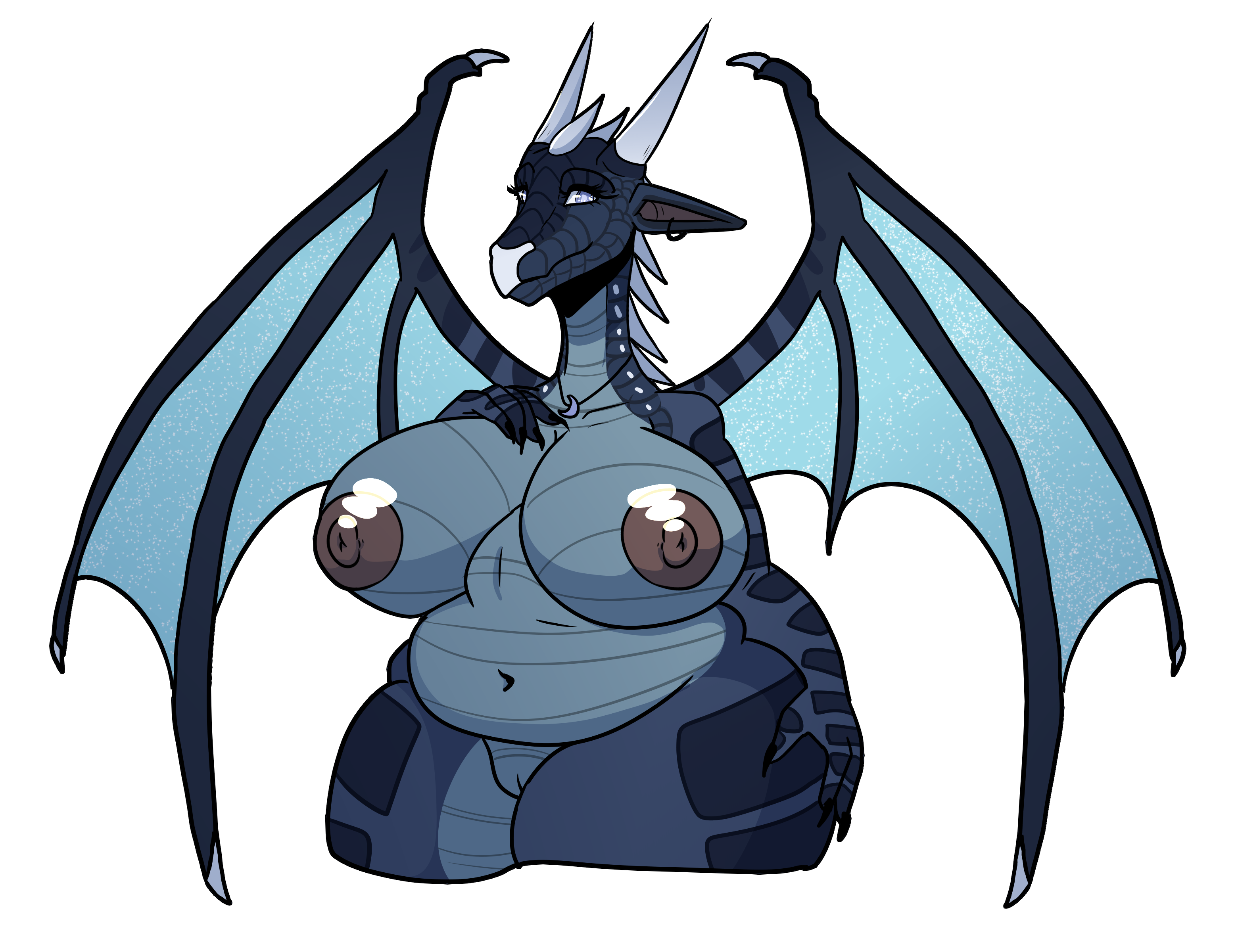