• In this universe, Queen Snowfall is not so accepting after book 14 (though she is getting better with time).

A Second Circle noble formerly mated to [x], Wolf is a high-ranking IceWing with deep sway within his community. He lords his power over others and follows the IceWing way as strictly as any dragon, believing their kind to be superior fighters and strategists. He graduated second as a dragonet on The Gift of Order, outranked by only one other, something he still resents to this day.

Wolf's mate passed away of an unknown illness almost two decades before the present time, and he has not been re-mated since. He failed to produce dragonets with this mate (suspecting her to have been infertile), and is a high-profile bachelor among the IceWings of the Queen's palace. Despite that, his behavior is beyond even what most IceWing dragoness' can handle, and he has remained single all this time.

Unbeknownst to other IceWing nobles and royalty, Wolf has a dark secret; he is fascinated with other tribes and, more specifically, hybrids. He believes hybrids to be intensely beautiful ever since seeing one fleeing the outskirts of IceWing territory shortly before his seventh hatching day (he believes the hybrid was part SeaWing, but isn't sure). In an attempt to recreate the brief beauty he beheld, Wolf began secretly bribing dragoness' of other tribes to produce an egg for him.

Wolf was abusive, manipulative, and often garnered dubious consent from his partners at best. While he despised purebloods of other tribes, Wolf believed that he could create "the most beautiful dragon" by hybridizing his IceWing genes with another. His first attempt failed, but his second was extremely successful.

However, due to his abusive nature, both of his hybrid daughters fled the Ice Kingdom. Wolf can't persue them without letting slip that he mated outside his tribe, and thus, hopes the second daughter will return to him after she has had her fill of the outside world. In the meantime, he intends to continue his experiments with genetics...

Wolf is an abusive dragon with a clear mean streak, both emotionally and physically. Though he rarely causes long-term damage, such as scars, he's known to beat around anyone he feels he can, including his dragonets. Before the death of his (betrothed) mate, he often beat her and shouted her into a corner, insuring complete obedience to him. He is slightly more tolerable to his dragonets, who he considered to be like rare dolls because of their unique nature. Wolf sees hybrids as beautiful and mystical, and believes a subset of them should be bred into society to create a psuedo-tribe of "beautiful, strange" dragons.

He treated Lightseer worse than Prickleback, likely because she was half NightWing, and came out to weird even by his standards. Prickleback was holed away like a dragoness Rapunzel, and though he didn't strike her as much as her elder sister, he often held her down and pushed her around, verbally abusing her to keep her reliant on him. He would even ristrict the kinds of food she ate to make sure her sparkling scales stayed "perfect."

Wolf is manipulative, hateful, and narcissistic. He can and will hurt those around him, and continues to seek females of other tribes to breed with, eventually hoping to create other hybrids as beautiful as Prickleback.

• Unknown NightWing female (bribed with treasure into carrying his egg). Mother of Lightseer. 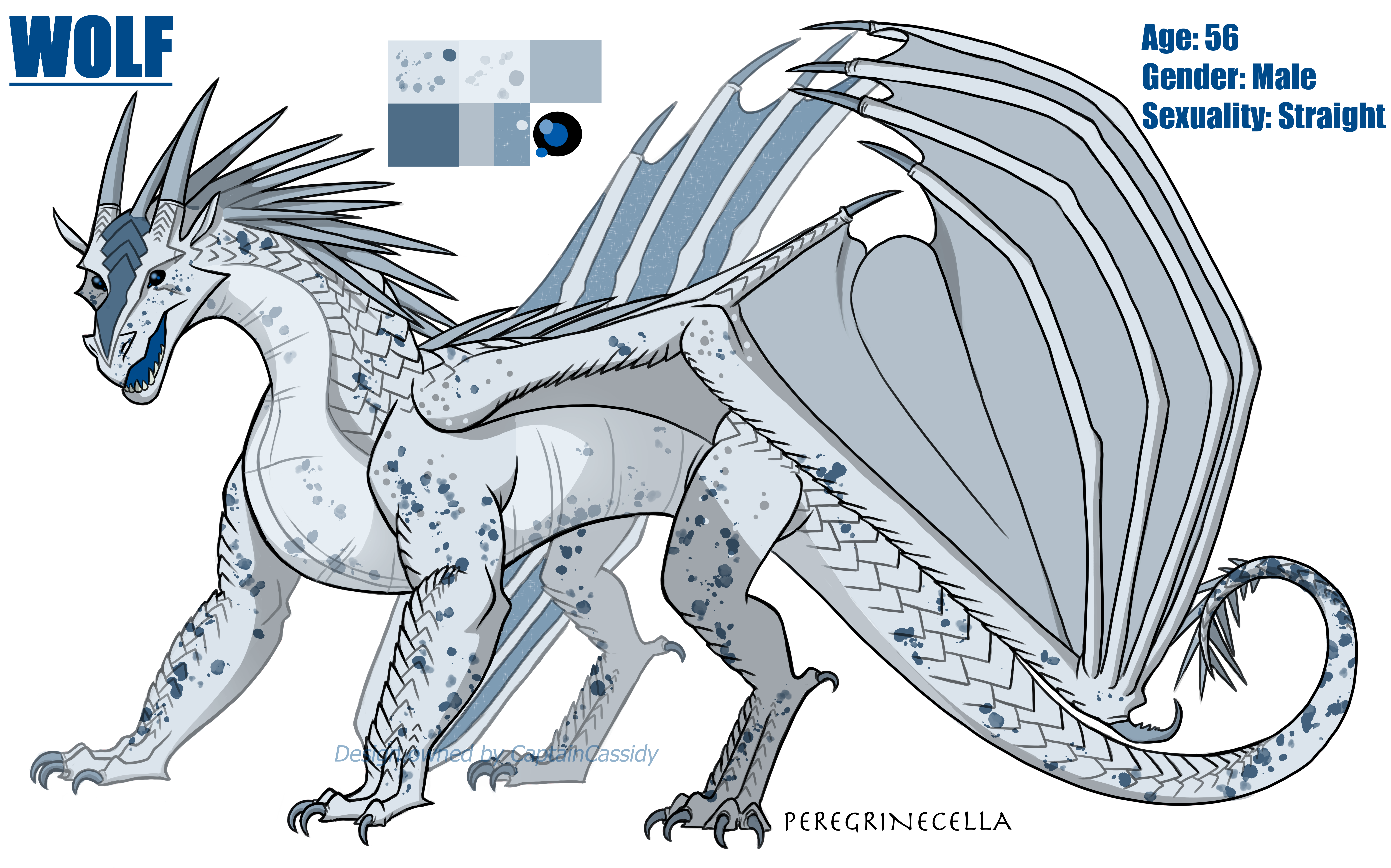